Whether it looks like packing coffee, socks, toothpaste, and sports gear into care packages or sending letters of encouragement, whether it looks like organizing fundraisers or collecting supplies for homeless veterans, Operation Shoebox is committed to treating every hero with care and honor.

HOW WE GOT HERE

Operation Shoebox was founded in 2003 by military mom Mary Harper. While five of her children, and two son’s in law, were deployed around the world, the central Florida mom learned from her kids that troops didn’t receive many care packages or mail. She rolled up her sleeves and started an informal care package project out of her living room.

Our troops receive the very basic necessities like meals and shelter from the U.S. military, Harper realized the need to boost morale with practical tokens of kindness in the form of snacks, personal care items, entertainment and thank-you notes to men and women stationed around the world.

Her homegrown project grew into a full-fledged nonprofit organization so quickly that after just a few years of operation, Harper was honored at the White House for her work on behalf of the men and women of the armed forces.

Whatever global events shape foreign policy, Mary continues her mission at the Operation Shoebox headquarters in Florida, where the organization ships between 350-400 care packages a week. In 2012, 114 tons of supplies were sent to hardworking members of the U.S. military around the world. 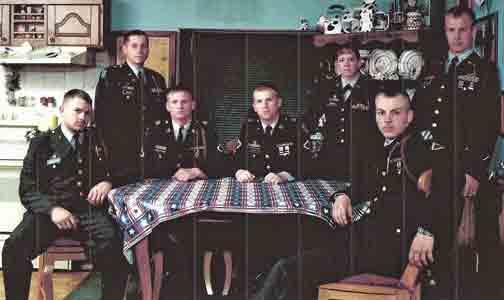 When you give a tax-deductible donation to Operation Shoebox, you can take pride in knowing that 100% of your gift goes directly to shipping costs and care package supplies. Shipping costs for an average month total between $11,000 and $17,000 in postage.

Honor the sacrifices that members of our armed forces make every day by contributing to our mission today.

As a way to raise funds to send our care packages, we have opened a used furniture store and a thrift store. Everything you see in our stores is donated by the generous members of our surrounding community. We have a wide variety of reasonably priced items in both of our stores. In our thrift store you can find anything from clothing and accessories to household items like dishes, silverware and decor. In our furniture store, we have a diverse selection including couches, recliners, dining room tables and bedroom furniture.

All of the proceeds raised in our stores goes to shipping our care packages overseas, by shopping in our stores you are helping us boost the morale of our troops deployed overseas and away from home.

**Due to lack of storage space and demand, we are currently not accepting: 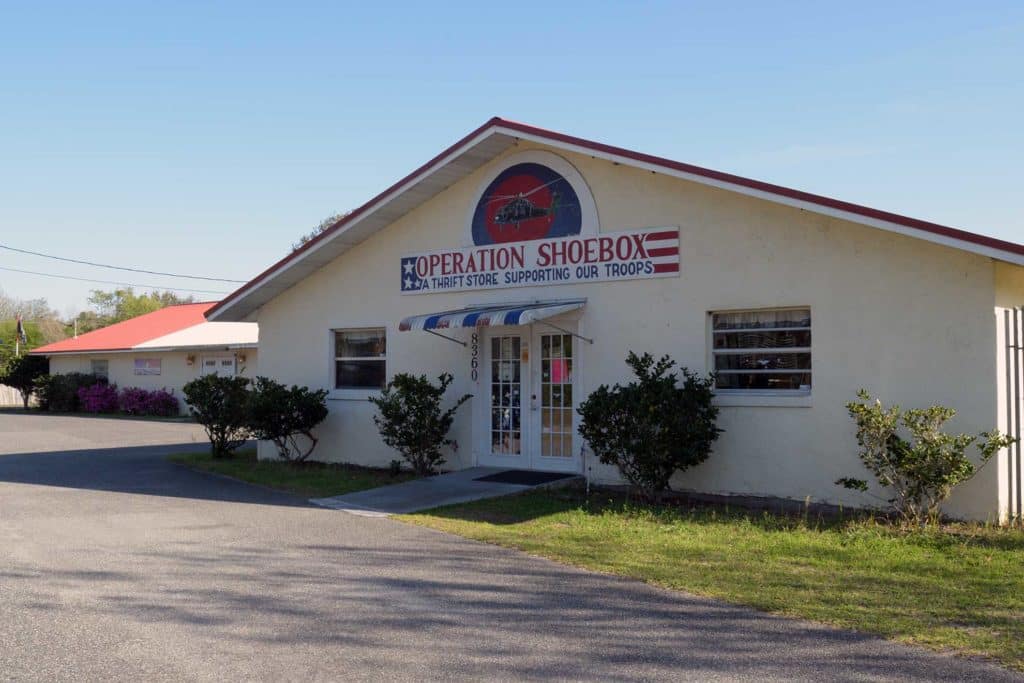 Operation Shoebox is an independent 501 (c) 3 non profit organization founded in 2003. It is not associated with any of the following:

To review assessments of Operation Shoebox as a non profit organization, we invite you to visit the following page: http://www.guidestar.org/organizations/05-0563342/operation-shoebox.aspx

My name is Brad Nelson and I received a care package from you today. I would like to thank you from the bottom of my heart. Myself along with the rest of my company is extremely grateful for your generosity. The treats that you sent were a huge boost in moral and made my day along with many others. It is such a great feeling to know that there are people like you who are willing to support our troops.

My name is Sergeant Carlos Valdez. I just received my care package from Operation Shoe Box today and I felt a need to email you guys back home and thank you for all the help and support all the volunteers have given to soldiers like myself. It’s been a while since I received mail here and this was definitely a moral booster. I would also like to thank Eleanor Sullivan from Summerfield Florida for the lovely card sent in my package, please let her know that her kind words didn’t go unnoticed and that they lifted my spirits while being away from home. Again than you for everything, keep up the hard work and may God Bless you all.

My name is Brad Nelson and I received a care package from you today. I would like to thank you from the bottom of my heart. Myself along with the rest of my company is extremely grateful for your generosity. The treats that you sent were a huge boost in moral and made my day along with many others. It is such a great feeling to know that there are people like you who are willing to support our troops.

My name is Lewis and I am a Warrant Officer in the US Army stationed at Kandahar, Afghanistan. My unit received your care packages the other day and I want to say thank you! The cookies and Cracker Jacks are always fun to get, but I was mostly touched by a simple handwritten note from Ruth Salerno. The soldiers here do our job because we love our fellowman and we still believe in America. We do not seek accolades, yet I find it very satisfying (and humbling) to know you believe in us. You call us Heroes, but the real Heroes are folks like you who make America great and worth defending!

I just want to send a quick note to say “thank you” for all the time you spend putting together your care packages for America’s Service Members! I received one the other day and it is so nice to have some comfort items and necessities. I really appreciate your kindness, caring thoughts and prayers!

Just a quick note to say thanks for the care packages that you sent over to the 371st SUS BDE. The soldiers really like the items and even more is the fact that there are people like you that care and think about us while we are away from our families. So again I am very thankful to you. Thanks, thanks thanks.